Plant a tree in memory of A. Spencer Jennings
An environmentally-friendly option 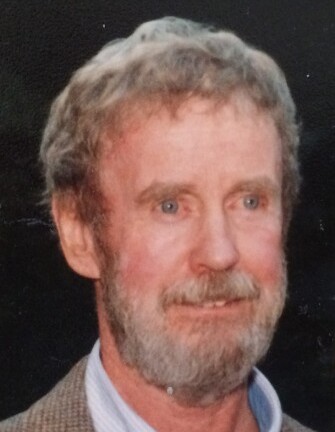 In Memory of A. Spencer Jennings of Grantham, New Hampshire and a long life well lived. “Spence”, as he was fondly known, passed away peacefully at the age of 89 on April 2nd surrounded by loved ones.

Born in White Plains, NY to Addison and Margery Jennings, and raised in Glen Cove, Long Island, Spencer was an Eagle Scout who had the experience of a lifetime at age 14 attending the Boy Scout Jamboree in France right after the end of WWII with his cousin, Skip Bovard. Spencer went on to graduate from the U.S. Coast Guard Academy in 1958 as an officer, a captain on the Tall Ships and an award-winning marksman.

As a stockbroker for Merrill Lynch in Stamford, CT, Spencer married and raised two daughters in Greenwich where he was an active volunteer with Sea Scouts, the YMCA, the Rotary Club and First Presbyterian Church.
Spencer later became a trust officer at Putnam Trust Bank where he worked with his close friend, the late Don Blair of Greenwich. Commercial real estate was Spencer’s next career phase as he joined the team of Abrams, Benisch & Riker in Manhattan.

Spencer retired at the young age of 52 and moved his life full-time to New Hampshire where he had long enjoyed a home in the Eastman community in Grantham. He was an avid skier, sailor, windsurfer, hiker and mountain biker who enjoyed actively volunteering for “65 Roses” to benefit The Cystic Fibrosis Foundation.

Spencer is survived by his loving daughters, Allison Jennings of Connecticut and Laurie Jennings of Florida, his sons-in-law, Joshua Salman and Robert Nowinski, twin grandsons, Luke and Jake Salman, and the love of his life, Saralyn Hastings of Grantham, NH.

Donations in Spencer's memory can be made to the Jack Byrne Center in Hanover.

Plant a tree in memory of A. Spencer Jennings
An environmentally-friendly option

Plant a tree in memory of A. Spencer Jennings

1 tree planted in memory of A. Spencer

A thought of comfort and condolences to Spencers family and friends. I will miss him bringing me articles to read at my shop. Rest easy my friend.

So sorry for the family and friends loss of such an outgoing and well-liked guy. In this time of sadness, for those dear to Spence, I hope his memories will bring you a measure of comfort. In God's care, he rests. Isaiah 26:19; Psalms 37:29

A Memorial Tree was planted for A. Spencer Jennings

Plant a tree in memory of A. Spencer Jennings