Plant a tree in memory of H. June (Brill) Liberman
An environmentally-friendly option 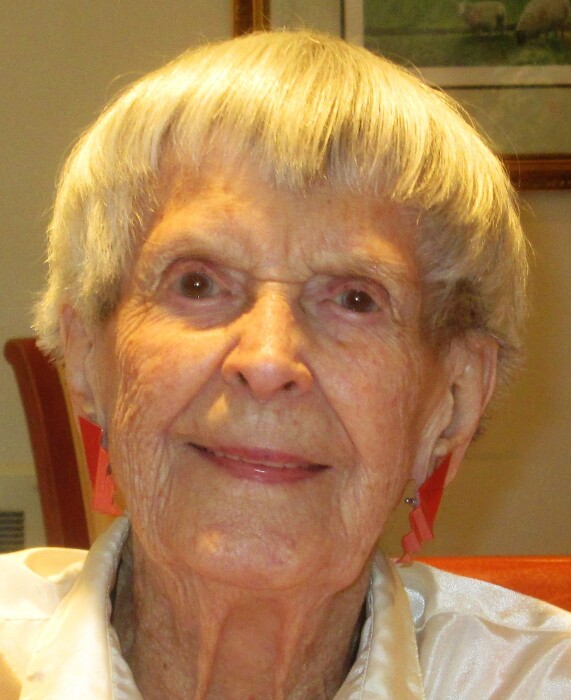 June was married to the late John Leon (Jack) Liberman, a Brooklyn, NY native, for over 76 years. She was the mother of three, Peter of Melrose, MA and twin daughters, Rebecca of Onset, MA and Naomi of Melrose, MA. She had eight grand, eighteen great-grand, two great great-grandchildren and several cousins.

After leaving Bryant and Stratton, June began doing office work in Boston and after marrying Jack in 1943 followed him around the country as he served in the Army Air Corps until his discharge in October 1944. They settled in the Mattapan section of Boston where they began their family. In 1947 they moved to June’s hometown of Newport, NH, where their twin daughters were born.

In 1950 they packed up and moved to Glenwood, FL to be near June’s mother, Mable. June continued to take care of her family and got involved in the local little theater group, the DeLand Players where she and Jack did just about everything.

August 1956 found them moving again to Bridgewater, MA where Jack taught for two years and June would, in time, resume office work with a position at the Independent Nail Company down the street from their home. She left the company when the family took a two month cross country camping trip in the summer of 1961. On returning she took a position as a school crossing guard and took a course at Bridgewater State College, testing the waters for enrolling fulltime, graduating with a BA in English immediately before her son graduated with a BA in History. She took a teaching position for a year, found it wasn’t for her and returned to doing office work until she retired in 1980.

In retirement she and Jack traveled to many countries, including trekking in Nepal. They hiked, climbed mountains and maintained hiking trails including those in the Newport Town Forest and the Sunapee-Monadnock Greenway where the Jack and June Junction sign helps hikers on their way.

June was an award-winning knitter and was also an accomplished seamstress, making clothes for herself and her children including a variety of Halloween costumes. June volunteered in her community, church and state organizations and was a proud Red Cross blood donor.

Plant a tree in memory of H. June (Brill) Liberman
An environmentally-friendly option

Plant a tree in memory of H. June (Brill) Liberman

There are 10 photos available in the gallery

A Memorial Tree was planted for H. June Liberman

Plant a tree in memory of H. June (Brill) Liberman